This coming Sunday, Suitcase Rummage will be hosting the last of the September Pop Ups and it's going to be a doozy. Housed at the North Melbourne Town Hall and part of the Melbourne Fringe Festival, there will be live music on the grand stage and it is with great pleasure we introduce you to our awesome local musicians....

Will Tait & Friends
Will Tait (aka Captain Tait from 8Foot Felix) steers this ship from the Rhodes, and his voices glides from Tom Waits to Vaudeville with many tasty tangents on the way.
http://www.8footfelix.com/

Peny Bohan
Not a newcomer to the music scene, Peny Bohan's knack for singer-songwriting was discovered after years of playing and studying Horn. Time out due to a physical hiccup allowed Peny many hours to get creative; who knew a couple of months in a neck-brace could turn out to turn out to be a good thing!
You may stumble across her on stage telling her stories and sweetly rambling about her day.
Sit a while with her and you will learn of the affectionate and oft-times passionate way she views her world. Peny delivers sass with an outwardly sweet persona whilst hinting at the sultry, cheeky and seductive soulful singer within.
www.facebook.com/pages/Peny-Bohan

Pepperjack
Pepperjack is the solo project of indie-folk songwriter, Lauren Moore. Her music is characterised by lyrical density and honest subject matter. Despite having a full band, these songs are stripped back for the live show until they're practically naked. Pepperjack's songs feature delicate instrumentation and soft vocals, unexpectedly building to a new level as the frontwoman is practically shouting in desperation over the crashing of cymbals and haunting basslines. Dark and honest - you will find Pepperjack's new EP an intriguing listen.

Kate Ferguson
Playing a blend of country folk, 90s, pop, and alt rock tunes, I play both solo, and as part of the duo The Andrew Daddo Experience with Simon Burns.
www.k8ferguson.com/K8Ferguson.com 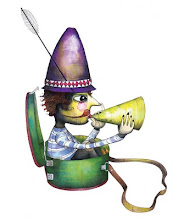 Suitcase Rummage
It's a simple idea. Fill your suitcase with your wares, and travel to our designated spot on the day. Sell your wonderful goods old style. No hassle. No fuss. Good ol' fashion markets. We would love to have you along. Just let us know you're coming. Go to our Registration page to register and we'll give you more details! If you have any other questions please email us at suitcaserummage@gmail.com 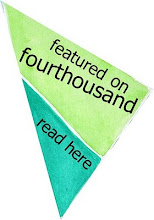